This initial exit plan is to bail out on a two-consecutive day close above 90.00 (premium cattle). The spread would have to make a sustained breakout to new contract highs to knock the position out. 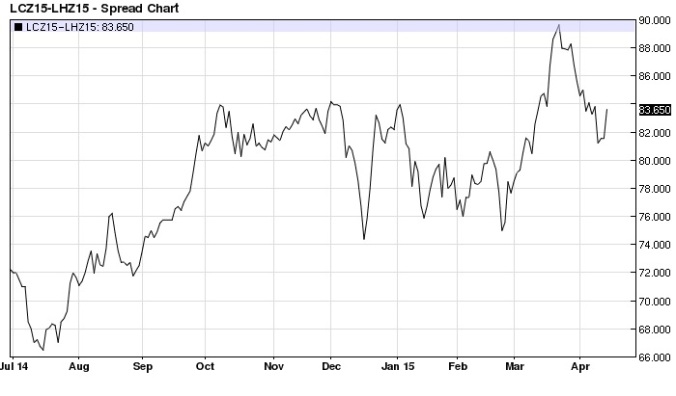 The December live cattle/lean hog spread ended the day at 2.24:1. This is quite extreme. History indicates that the ratio should go back down to just half this level.

The spread is an even bigger outlier. Historically, the live cattle/lean hog spread has always gone back below 20.00 (premium cattle) after a big run. If this happens to the December spread it would knock off a whopping three-quarters of the current price premium. Therefore, aggressive spread traders should be watching for setups to add to short positions on the way down.