On December 12th the blog entered a hypothetical short position in the April feeder/live cattle spread at approximately 59.70 (premium feeders). The initial exit criterion was a two-consecutive day close above 69.25.

Since we are dealing with two different contract sizes (50,000 lbs. of feeder cattle and 40,000 lbs. of live cattle), we are going to convert this spread to the difference between the contract values instead of the market prices. This will make it easier for us to track. 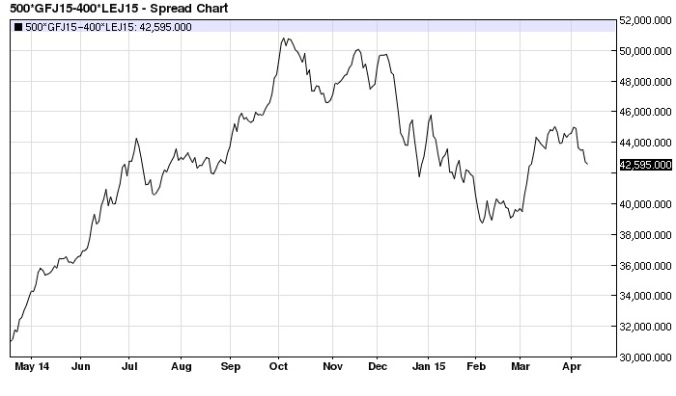 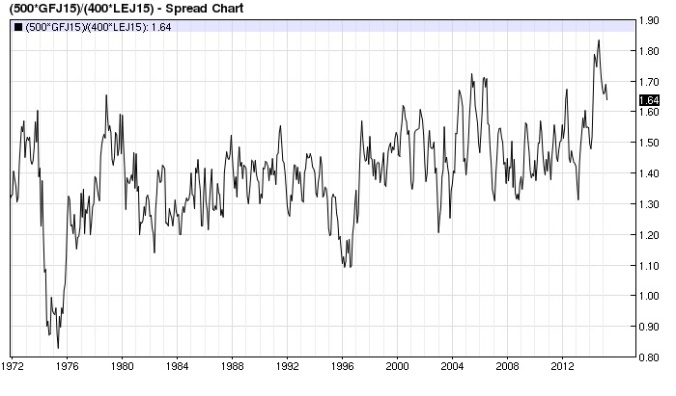 When the spread was initiated, the ratio between the value of the feeder contract and the value of the live cattle contract was 1.71:1. Historically, the ratio is expensive whenever it reaches 1.6:1 or higher. In nearly half a century, there are less than a handful of times where the ratio reached 1.7:1 or higher (on a monthly closing basis). Therefore, we know that it is still at unsustainable levels. History shows that the ratio has always turned over and dropped back down to 1.3:1 or lower after an excursion to 1.6:1 or higher. Therefore, the probabilities are still quite favorable that more downside is coming. 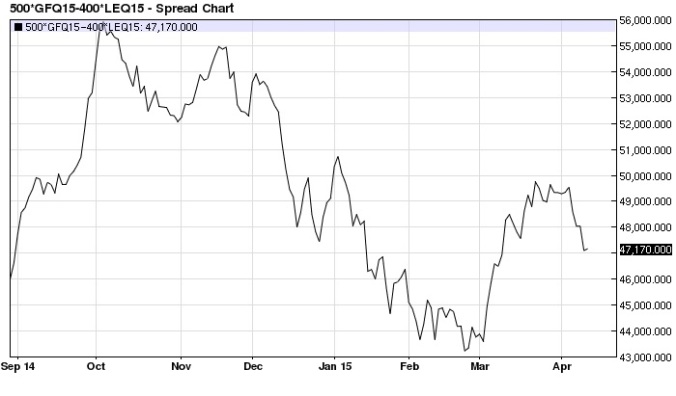 Fortunately, the August feeder/live cattle spread is trading at a premium of a few thousand dollars over the April spread. Also, the current August ratio of 1.8:1 is higher than the contract high for the April ratio. This puts us in a favorable position for rollovers since it would put us in a short August spread at the equivalent of $50k or higher. Looking at the last forty years of history, we can see that anything above $15k used to be considered ‘pricey’ so the explosive move off the 2013 low to new record highs for several months in a row was one for the history books. If the reversion to the mean has really begun in the feeder/live cattle spread, there could be quite a lot of money to be made on the way down.